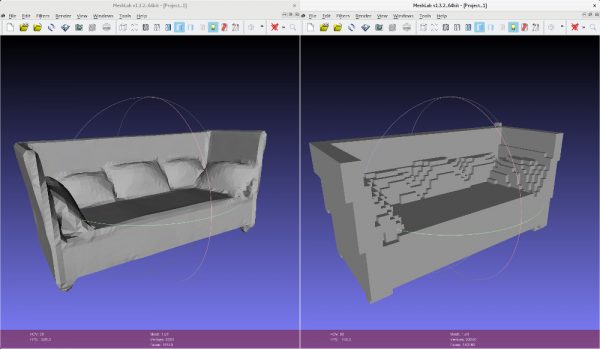 Figure 1 (click to enlarge): Visualizations of the derived occupancy grid and signed distance function for one of the included example from ModelNet [].

As part of my master thesis, I implemented a simple but efficient C++ tool for voxelizing watertight meshes into occupancy grids and/or signed distance functions. Here, watertight refers to one, closed surface — this is necessary to reliably determine occupancy. The tool can be found on GitHub:.

The repository also includes Python tools for running marching cubes and several utilities to convert the involved file formats — namely HDF5 files for storing voxelized meshes, and OFF or OBJ files for storing triangular meshes. The results can then be visualized using MeshLab as shown in Figure 1.

The tool is based on: