As part of my stay in the Autonomous Vision Group in Tübingen, I also worked on the KITTI dataset. With the help of Bo Li, we were able to add a novel benchmark: the 3D object detection benchmark. In this article, I briefly want to introduce the benchmark and give some useful hints regarding submission.

Last semester, I had the great opportunity to work — as part of my master thesis — with Andreas Geiger. During my time in Tübingen, I also had the chance to help establish a new benchmark as part of the KITTI dataset []: a 3D object detection benchmark. This was also a perfect opportunity to look behind the scenes of KITTI, get more familiar with the raw data and think about the difficulties involved when evaluating object detectors. In this article, I want to share a rough overview of the new benchmark and share some important insights to simplify submissions.

Acknowledgements. I want to note that my contribution to KITTI's 3D object detection benchmark is limited. Large parts of the evaluation code was written by Bo Li and Xiaozhi Chen. Additionally, most of the backend infrastructure was already provided and only needed to be adapted accordingly. Overall, I was responsible for putting everything together, testing and tweaking the evaluation code and the submission process.

The submission process follows the 2D object detection benchmark, as does the training/test split as well as the available data — meaning images (potentially including the three temporally preceding/following frames) and velodyne point clouds. As the velodyne point clouds might be crucial to develop a good 3D object detector, I want to make some important notes that can potentially save some hours of debugging. First, however, I refer to the IJRR paper [] which also details some of these points.

In order to work with the 3D bounding boxes in the velodyne point clouds, they have to be adapted to the corresponding coordinate system. When also using the raw data, for example the raw point clouds (which would enable to fuse point clouds over multiple time steps), it is important to remember that these are in a different coordinate system; the difference between the coordinate systems can be accounted for using the cam-to-velo transformation outlined in [1] (can be found in calib_velo_to_cam.txt).

This implies, that the 3D bounding boxes are filtered based on their 2D counterparts. This also means that a submission has to include both 2D and 3D bounding boxes! Additionally, occlusion and truncation is assessed on the image plane. Finally, only objects visible in the image plane are labeled. For fair evaluation, the submission should therefore not include any objects detected outside the range of view of the cameras — the evaluation script does not take care of this.

Currently, only few approaches are evaluated on the 3D object detection benchmark. However, this also means that there is still room for improvement — after all, KITTI is a very hard dataset for accurate 3D object detection. The leaderboard for car detection, at the time of writing, is shown in Figure 2. Currently, MV3D [] is performing best; however, roughly 71% on easy difficulty is still far from perfect. Unfortunately, the list still includes many unpublished methods (the ones without publication). 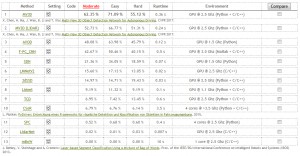 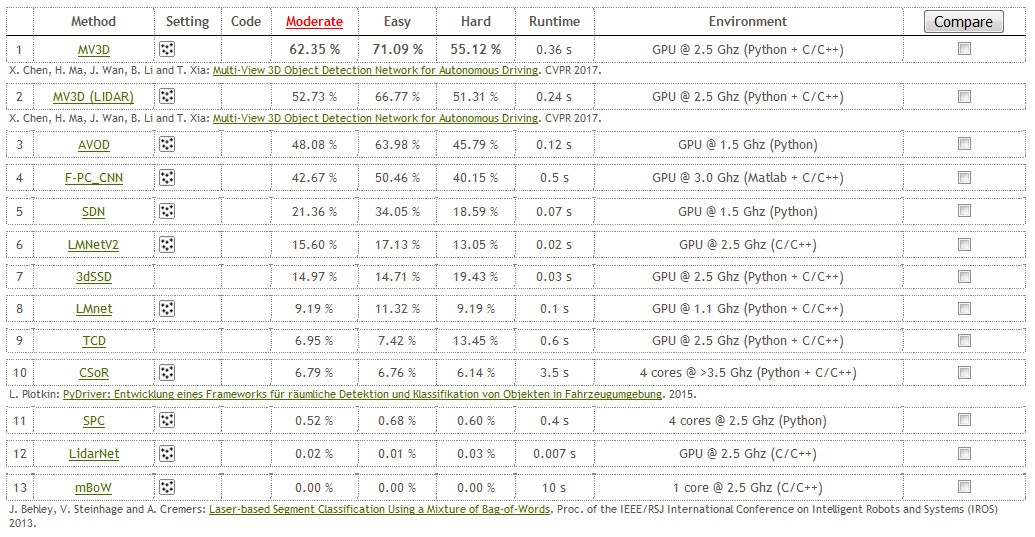 Figure 2 (click to enlarge): Leaderbaord for 3D car detection at the time of writing, that is 13th of October 2017.
What is your opinion on this article? Let me know your thoughts on Twitter @davidstutz92 or LinkedIn in/davidstutz92.